Phone Socket Wiring – BT Master Socket, The Orange and White and Other Mysteries 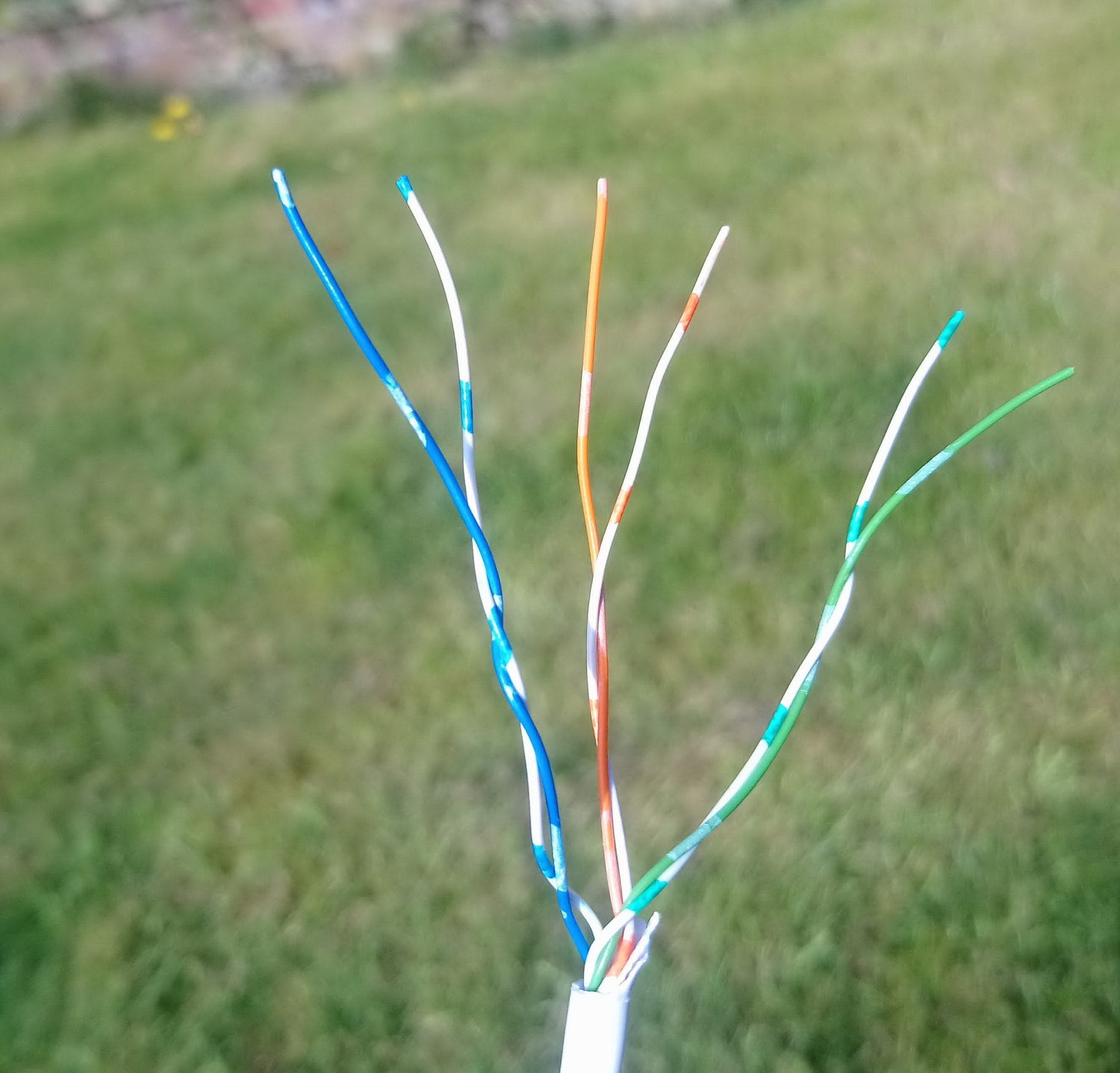 Once again, a quick look at Google reveals that lots of people ask questions around the subject of “BT master socket wiring orange white” (Really? OK Google, we’ll believe you).

It looks to us that the whole area of phone socket wiring and cables confuses folks. We thought we’d blog and hopefully bring some clarity. Believe me, it’s not that complex.

First of All, Don’t Let The Wires Scare You.

Most people look at a cable or socket, gasp, and say “spaghetti”. However, there is (or should be) a logic to the cables and colours. The purpose of this blog is to give not just guidance, but reassurance. A tangle of coloured wires will have a pattern somewhere, trust me. It may just take time to sort them out. Don’t let them put you off.

“Pairs”. Pair Them Off to Simplify

A good place to start. In each cable, internal or external every single wire will be part of a pair. In BT-standard internal wiring, the blue wire with the white band around it should be matched with the white cable with the blue band. The orange and white with the white and orange, and the green/white with (fill in the blank…). Having done this, you’ve already started to impose some order. Hurrah!

So Many Pairs – Which Ones Should I Use?

Well, functionally, they are all the same, and you could use any of them, in any sequence you choose.. Please don’t!

Non-standard use of wiring is an engineer’s nightmare. There are “conventions” just to make life a bit easier, and make fault-tracing quicker. Think of them as road markings. You could drive anywhere you want, but keeping left and giving way, controlled by lines, is not restrictive, just plain old common-sense applied to make life easier. In the UK, our road-markings are consistently the same, so we all know how to behave. Some rules are not restrictive, but liberating.

If you are faced with multiple colours, then use in the following order.

Blue/White – White/Blue (probably the only one you’ll ever use!)

Therefore, in most home installations, where sockets are connected to each other by a single pair, you will only ever use the first “blue” pair.

No, sadly, it isn’t. For some reason, the cable running into your house will be of a different colour scheme. Don’t ask me why. It just is.

From a Pole using what is known as “drop wire” (stiff, with black sheath I’ve written about it already here) the colours (solid colours – no bands) are:-

There will also be three “span wires” in the cable, either yellow or white in colour. These exist simply to carry weight and should not be connected. They will be noticeably springier than the copper cables. Caution! The ends are sharp.

Therefore, typically, at the back of your master socket, the orange-white pair will be connected, the green-black lying spare and disconnected.

Up From A Hole

If your telephone service arrives via an underground cable like this:-

Then the colours are still blue-orange-green-brown-grey BUT, they don’t have a “band” around any of them. Therefore, coming out of the ground into your property will be five different solid-coloured cables with five identical plain white cables. Oh dear. How do you tell them apart?

Each pair of wires will be twisted together with it’s partner. Underground cable is usually filled with Vaseline-type jelly, which helps them stick together. Hopefully, whoever installed the cable will have left enough spare cable in the socket or external box to leave the cables paired up in a twist to make this relationship clear.

If not, assuming your telephone line is “live”, and you are faced with several unidentified white cables, simply use a multi-meter to check for the 50V DC voltage passing between the live pair. When the meter shows a reading, then you’ve found your live pair.

Just When Things Were Settling Down…

Around 2012, Openreach introduced new colours to the former BT-specification cable described above. The blue/white-white/blue simplicity was replaced with solid colours. Why?

Someone has blamed accountants, as solid colours are cheaper to produce than banded colours. Ironically, the colours used are the same as those used by BT forty years ago (No- we don’t get it, either).

Like the underground cable, it is likely that they are twisted together.

If It All Gets Too Much…

An independent engineer can help sort out the occasional horror. Just occasionally, Googling “bt master socket wiring orange white” might not lead you to the right advice to sort out your cabling mess.  Most engineers deal with “mess” day-in, day-out. Welcome to my world.

I am based in North-East England, but network with engineers across the UK. Here’s the deal – I might be able to find you an engineer in exchange for a review on social media (providing you value the free information and “find an engineer” service.

Please get in touch if I can help.