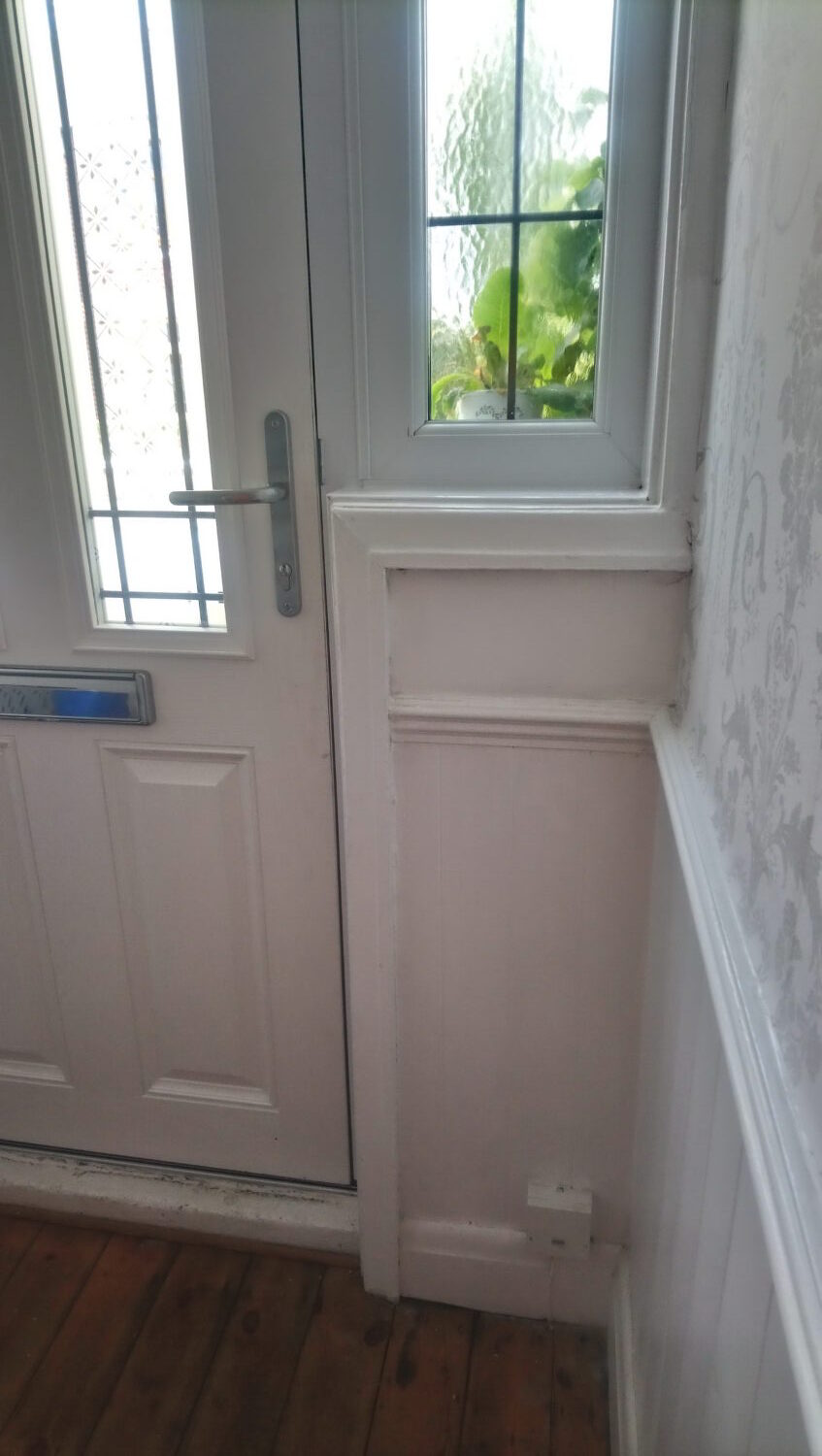 Typically, it’s near the front door, because that’s where your master socket is. It’s probably the worst possible place for it – no power socket, easily kicked around, tripped over, chewed by pets .

Furthermore, there’s no wifi coverage in bits of the house’ although your doormat, drive, and shoe cupboard get “five bars”.

Cables Are Your Reliable Friend

Alternatively, if your wifi is fine, the router could stay where it is, and hard-wired cables could be run from here to study, TV, or wherever, even another wifi transmitter. More here.

You could even do both. Here’s a short case study where I did both. The problem?:-

A large-ish house. The master socket was at a far corner, in a former study annex.The only way to get wifi coverage for all key areas was to put the router in the downstairs living room, attached to master socket via a huge (30 feet) plug-in lead. (I cringed when I saw this, knowing that these things are of poor design and quality, and slow down broadband.)

However, having the router there gave about the best wifi coverage (said the occupants), although the master bedroom had poor/no signal.

Meanwhile, I had a cunning plan! The ghastly 30-foot long plug in lead would allow the router to be moved to the top of the stairs. Therefore, move it there temporarily and see if that made a difference to the wifi signal. “If it works, we’ll come back and hard-wire it”, we said.

A further problem, however; the Netflix service via wifi was poor. Our proposal – if the router position changes the wifi signal, then leave it there. Then run a hard-wired data (Cat 5) cable from the router to the TV, giving Netflix a hard-wired connection. It was worth a try.

Therefore, several hours were spent by us cabling the outside of the house, hiding cables under eves, behind drainpipes, over a sloping porch roof.

The result? Well the wifi was fine. Sadly, the Netflix occasionally still buffers, even when hard-wired. As I say at the beginning of this blog, reception of Netflix streaming is only as good as what arrives at the house from the service provider, and I suspect that this may be the problem here. Otherwise, it could be a setting on their Netflix account.

Moving your internet router? It’s certainly possible, and may just improve wifi in your house considerably. If you are in the North East or North Yorkshire, we might be able to help. Also, we have an informal network of experienced, no-nonsense engineers like us who could be of service. Drop us a line with your postcode.