Sky Phone Line Not Working – Some Basic Practical Advice From an Engineer. 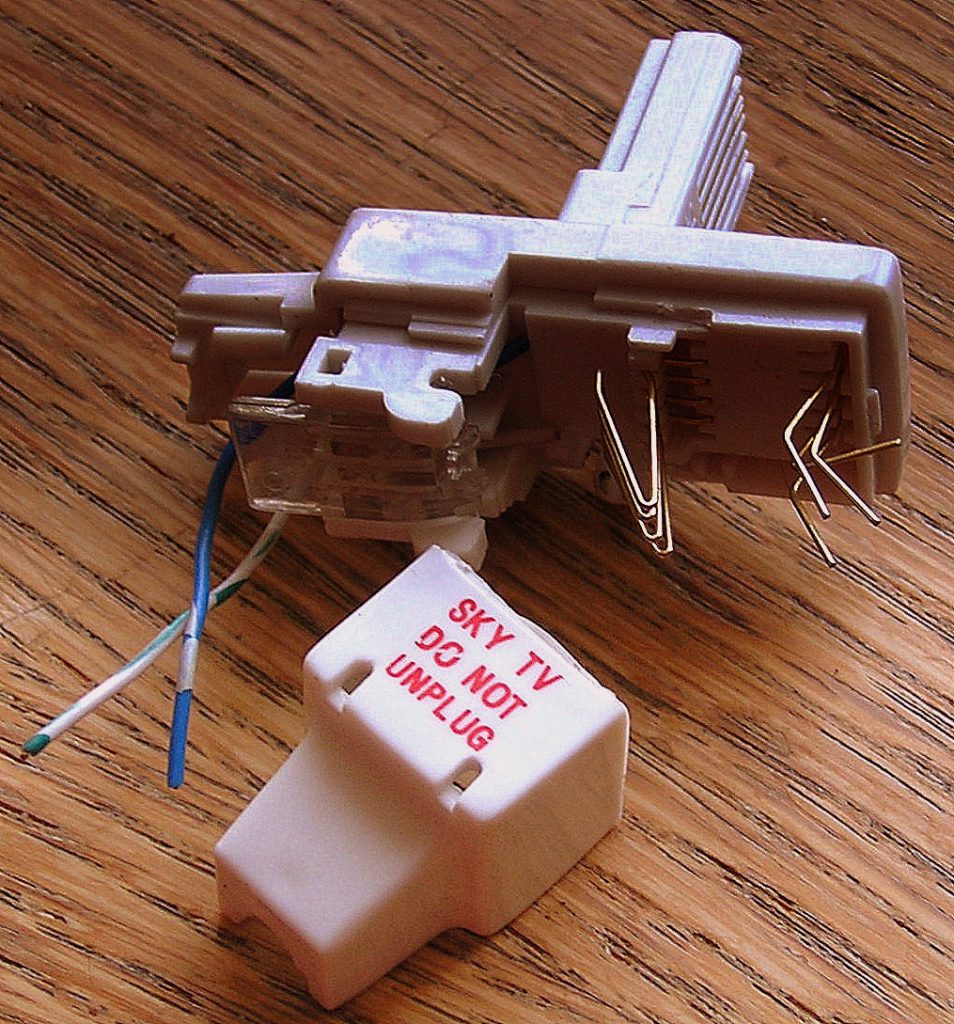 As an independent telephone engineer, based in Stockton on Tees, I’m often called by local customers who report their Sky phone line not working.

So, if you’ve gone through Sky’s very helpful pages on the fault-tracing process, and still have problems which are definitely within your property (not at their end), I’d recommend taking a look at some of the Sky-installed cabling connections. We’ve had plenty of problems with them…

When I first encountered a Sky phone line not working, and not being a Sky customer myself, I wondered why the Sky Box needed a phone line anyway. It appears to “phone home” to Sky HQ itself occasionally, be that via a signal from the satellite itself to tell it to do so, or through some other way. It’s also used in Sky competitions, so I understand.

And it seems to be a mandatory requirement for the first year of the contract only. After that, Sky, mysteriously, don’t always seem to be bothered if it’s connected or not. So some of our contacts have told us.

And, while I’m mentioning “the box”, there is a way of checking via the TV screen that the phone line is connected and functioning.
Also, as we found, if the phone line plug is fitted to the data socket (the wrong socket) then this creates a short circuit, and silences all the phones in the house. The socket for the phone line is marked “TEL” as far as I remember. You have to be pretty dumb to miss this and put it in the wrong socket. But it does “sort of” fit, just enough to cause problems!  Yes, we’ve been there.

Another key cause of the sky phone line not working is, as I said earlier, the type of connectors and cables used. For speed of installation, they use a plug-in type of connector that goes into the front part of your master socket, to which is attached some tough, external-grade black cable which goes through the wall, around the outside of the property, and back in where the sky box is. Here’s a photo.

The problems arise because the connectors are not particularly well-made (in our humble engineering opinion), and the cable is quite stiff, so often forces it’s way out of the connectors, or just enough to cause a loose connection. It’s very susceptible to damage by furniture, pets, kids, aliens. These plug in flimsy connectors are the first thing I check when facing a sky phone line not working. I usually replace them with proper BT-standard connectors, or punch cables down into the front bit of the master socket.

Now, if Sky’s contractor Openreach, are called out to sort out cabling in the house which is on “your side” then they will charge. Quite a lot, in fact.  There’s more about what’s “your side”here

This is where we can help; we charge significantly less than them, and can normally diagnose faults fairly quickly. Also, we tend to be under less time pressure to complete work than “big names” in the telecomms business, so tend to take more time over work. And, hopefully, do a high-quality job which does not involve low-quality plug-in connectors hanging out of walls…

So, if you’d like us to make it a little more reliable, and sort any problems out at the same time, drop us a line