What Does a Telephone Engineer Cost? And Why? A Fair Price? 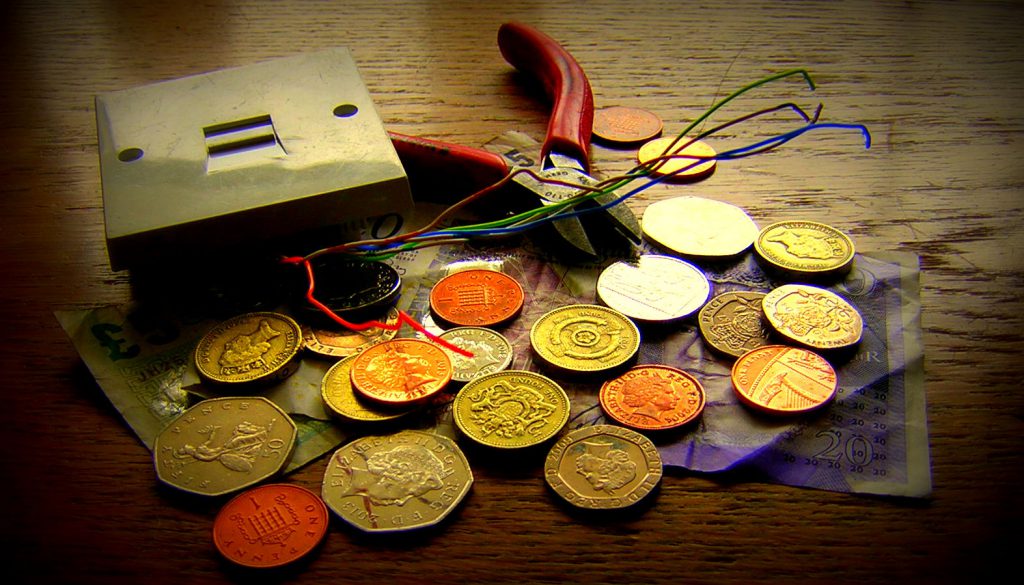 So,what does a telephone engineer cost? What’s an expected price for home phone and cabling repair?

Typically, Openreach (the organisation that covers what BT used to do), will charge upwards of £130.00 for a visit and an hour’s work, then £60.00 subsequently. Plus VAT.

Being an independent telephone engineer based in Stockton on Tees , my domestic customers occasionally squirm when I tell them that my charges are £75.00 for the call-out and first hour, £45.00 for the following hours (incl. VAT).

They’ve obviously never had to pay a Openreach bill…

So, I thought I’d set the record straight, and put some perspective on why the charge is thus.

Well, yes, but they are working 40 hours per week, at £75/hour (or more!). The average telephone engineer may get one between five and ten small jobs per week. So, suddenly the £75.00 does not look so lucrative.

The £75.00 initial charge will probably cover travel to the work. This may be within a twenty mile radius of base, so might take up to 40 minutes each way. So that £75.00 may cover over an hour of burning fuel and sitting in queues.

Most will not charge for cable, sockets clips, connectors, etc., etc. These are typically bought in bulk, so the average engineer will “sit” on a stock of parts for months, often years, before using them, tying up funds. Another slice into the £75.00…

Yes, they wear out and need replacing. Now, they are not massively expensive, but again, a slice is taken out of the revenue. And, there are “tools” and “tools”. Some telecomms work is remarkably intricate and demanding, and cheap tools simply wear out quickly and start causing annoying and time-consuming problems. My work was made so much easier by a decent pair of wire cutters which did not feel like something a fencing contractor would use, and allowed me to “bare” a wire without damaging it. These cost? Over £40.00.

And remember that you are paying for professional skills, rather than someone who just fastens cable to sockets. Home land-line faults are notoriously tricky and fiddly when compared to business ones. Some telephone engineers won’t even bother with “domestic” work, as it can be too much hard and frustrating work for little return. Your average telephone engineer may have begun work at 16 and is now in his sixth decade. This is why he can solve problems quickly. Knowledge and skill comes at a price, and, sadly, there are often no tangible results to show for the application of this, apart from a phone extension restored, or a broadband speeded up.

And a strange fact…

Around four years ago, when I was looking to increase my domestic work, I rang around twenty freelance engineers up and down the UK, asking them how they found this particular market, what the common issues were, the challenges, how long faults too to fix, etc. And their prices. Almost to a man, they answered “£75 for the first hour, £45.00 for the following”. No, they don’t set prices in some kind of secret pact!

So, although some of my customers may question my charges, I feel that they are fair, and of a market rate.

And, if you need help with your home land-line in Middlesbrough, Stockton on Tees, Darlington, Co. Durham or North Yorkshire, please be in touch