The Great Analogue and ISDN Lines Switch-Off – What Do I Need To Do? An Engineer’s Observations on “Phonemagddon” 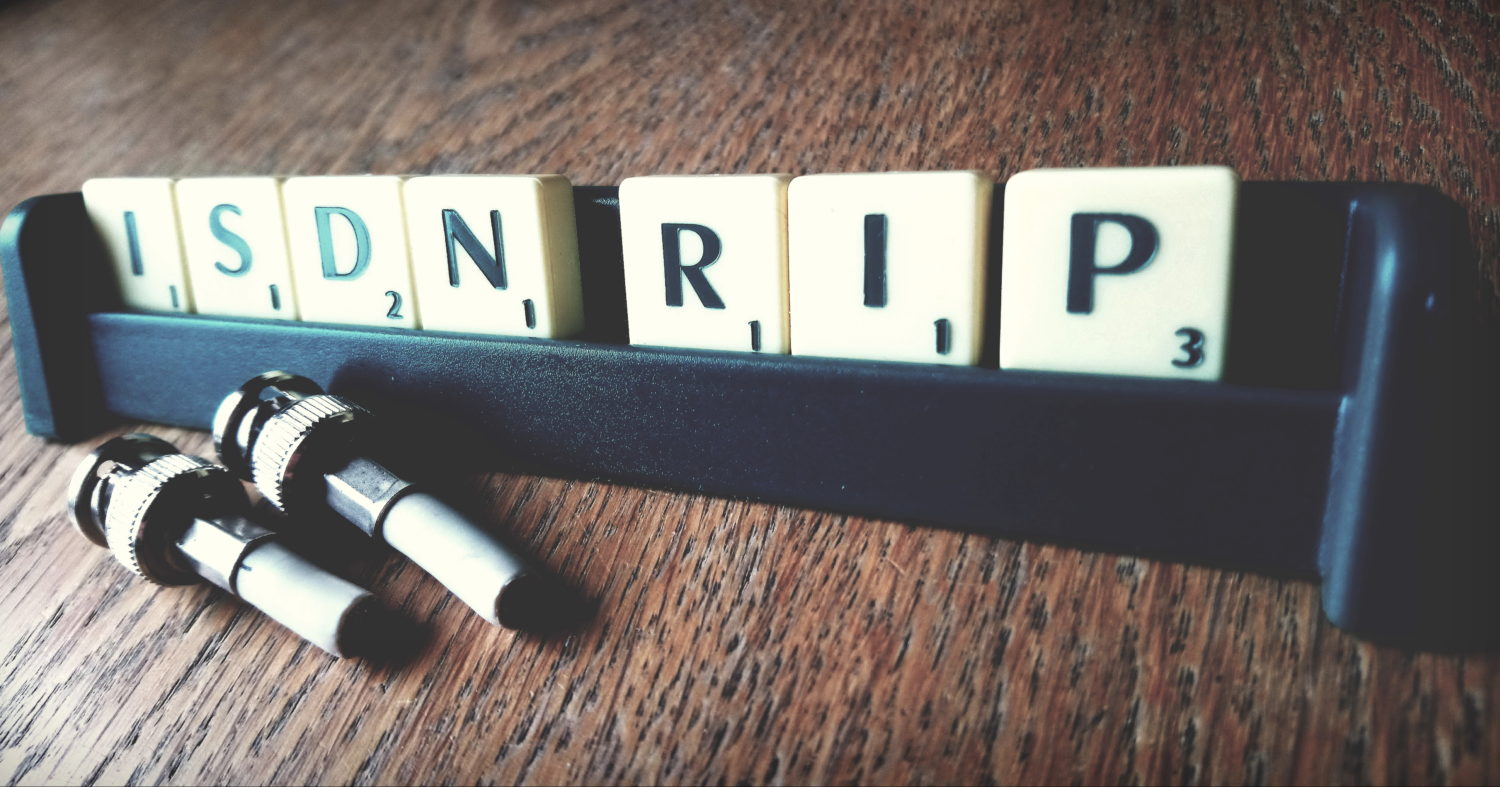 Let’s get one thing straight first – I’m not selling anything! I’m an independent telephone engineer in The North East of England, blogging on the occasional industry topic. I fix, rather than “flog” these days. Fixing is better. However, the hype and sheer nonsense surrounding the analogue and ISDN lines switch-off bothers me enough to write a blog.

Meanwhile, if you are unsure if you have ISDN, or wonder what it is, have a read of this similar but different (!) blog.

Why? Out in the business world, I hate to see folks bamboozled. Currently, there are “solution providers” who see scaring customers into bad decisions as a professional way to sell. I hate to see customers confused and deceived. I thought I’d inject some tough questions and common sense into the debate.

By then, so I read, we will all be talking via a new form of service, namely that which transmits your voice via the internet. The two former ways of carrying speech will be switched off by BT, who happen to own and run most of it. They are via analogue lines (occasionally (and inaccurately) referred to as PSTN (Public switched telephone network) and ISDN (Integrated services digital network). However, don’t let anyone suggest that Openreach will arrive unannounced with wire cutters and a spade/ladder and snip you off mid-sentence. There’s plenty of time to make considered decisions.

Hence my earlier rant. They have a key “driver” to force sales. “Your phone system will cease to work very soon – you need to change it”, “if you don’t swap lines over to us NOW, you will have to pay more” or similar. Bamboozlement is rife. I have heard numerous cases of customers being persuaded that their perfectly-reliable small analogue phone system needs throwing out Right Now like some mouldy cheese in the back of the office kitchen fridge. Be ready for them.

What Will Replace Analogue and ISDN Lines ?

Put simply, your voice will be turned into data in the manner of what currently goes down your broadband line. Skype, but on a grander scale. You will need equipment on your premises to do translate/interpret this OR something in “The Cloud” that will do this for you.

Not necessarily. Voice transmission is sensitive stuff to send down a broadband line. File attachments and web pages can slow and stutter if they want to, and we won’t be too bothered. Video can have the occasional distorted or frozen “frame”, and still be understood. Not so voice. It needs to be 100%, good 100% of the time. Otherwise, you will be as intelligible as Donald Duck on helium. You don’t want to play “guess the missing word” when you are speaking to a major potential customer who wants to discuss an order. This is different to Skype-ing your backpacking daughter in New Zealand. Business voice communications needs to be perfect, and needs faultless broadband. Quality of Service (“QoS”) is all.

Life in The Fast Lane.

If your broadband connection is a motorway, then voice needs to travel in lane 3 permanently, without slowing for anything. Lots of other stuff can travel in the other lanes. Therefore, if sections of this “fast lane” are occasionally “coned off”, or “stop-start” in the manner of the M25/M1/(insert motorway of choice) on a Friday night, voice communication will be poor. Clicks, stutters silence, distortion. You will want your old way of doing things back very quickly.

The Key Question, The Big Issue:-

Is your broadband of sufficient quality to carry voice communications? Ask your ultra-keen sales person this. Then press them to prove it. If there is any doubt at all, don’t commit to anything. Hopefully, by the time 2025 comes around, your broadband will have improved.

Will Everything Be Ready In Time?

I spend some of my time getting hands-on and dirty with telecomms infrastructure. I also face the daunting challenge of diagnosing customer’s broadband problems. Some places have atrocious service, with no signs of potential improvement. Do I mean hill farms above The Yorkshire Dales? No, business parks in major conurbations. (Yes, really). I know that a lot of fibre optic cable (and copper!) will need to go in the ground before some places have sufficient quality of service to carry voice. Putting stuff in the ground is shockingly expensive. Who will pay?  This is not clear.

Meanwhile What Do You Do Right Now?

Check your billing information for any announced changes. Your line provider may be one of the unusually early adopters of the new technology. The primary means of advising you of changes will be via your bill. If this goes direct to an accounts payable department, or to a centralised bill processing location, key notifications about changes may be overlooked by people who simply pay the bills, and don’t understand the issue.. Keep in touch with what your provider is planning

Time to Shop Around.

Don’t assume that your current provider is big, cuddly, friendly, and will give you the very best deal to ease the transition. Staying with them will be the easy route to take, but not the most cost-effective. Most companies are reluctant to change. Conversely, don’t be threatened and bullied by misinforming sales terrorists.

Don’t Rush! It’s maybe the time to re-think your whole telecommunications strategy. You have time. Don’t commit to anything, don’t sign anything. Take a long view, and take time

Finally some genuine questions from this humble engineer to line providers :-

Nothing in The Ground. ADSL (broadband) does not work over long distances like analogue – how will you serve subscribers where supplying a new fibre optic to the premises is unfeasible, and copper cable won’t work? 5G mobile?

Serious Power Failure. In New Orleans after Hurricane Katrina in 2005, I read that only satellite phones and basic analogue lines would work, the latter powered from the good old exchange as usual by heavy-duty batteries. I have also read that, post 2025, proposed customer devices would be powered by a pack of AA batteries. Does this sound reassuring? What is the provision for being able to call 999? Mobiles? Which leads to…

Fallback to Mobiles During Disaster Recovery. This is often suggested as a back-up to fixed-line telecommunications. Mobile coverage not everywhere. There will be true “not-spots” of no coverage, fixed or mobile. Or does a Fairy Godmother with deep pockets stand poised to invest in 5G coverage?

There’s time before The Great Analogue and ISDN lines switch off. That’s good. We aren’t all quite ready just yet.